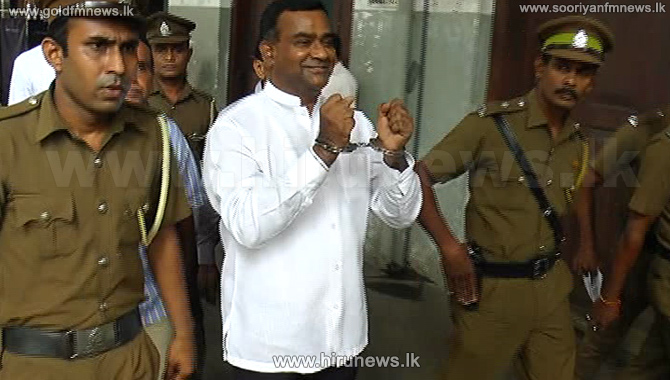 He has been indicted under three counts of charges including preparing forged documents.

Appearing on behalf of the Attorney general, deputy solicitor general Wasantha Navarathna requested the Court to remand Attanayake as he has been indicted under the Presidential Act.

Attanayake is accused of presenting forged documents to prove that there was a secret agreement between the then common Presidential candidate Maithripala Sirisena and the then Opposition Leader Ranil Wickremesinghe during a media conference held in December 2014.

Later, the Attorney General filed action against the suspect, complaining that the suspect has committed an offence under the Presidential Act and the Penal Code.

Among the charges made against Attanayake are: trying to influence to the results of the Presidential election, creating disharmony among different communities and preparing forged documents.

The Attorney General also pointed out in Courts that the offences committed by Attanayake are violation of the Charter of International, Civil and Political Rights.

Attanayake was arrested and remanded for preparing forged documents on February 2 but was released on bail later by Colombo Fort Magistrate.