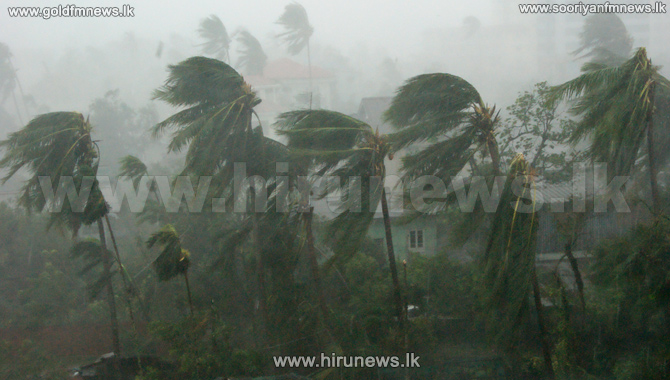 Twenty-seven houses in Welikanda, Polonnaruwa have been damaged by strong winds last night.

Several electricity lines have also been damaged due to thunder showers experienced in the area last night.

Meteorology Department’s Deputy Director of the Weather Forecast Unit Anusha Warnasuriya said thunder showers intermingled with strong winds could be expected due to the inter tropic zone is developing around the country.