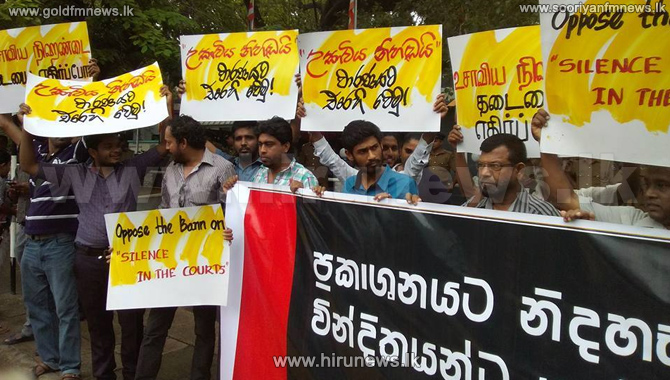 The interim injunction issued against the screening of ‘Usaviya Nihadai’ (Silence in the Courts) was extended till tomorrow.

This was after the case was taken up before the Colombo District Court judge A. U. Gunawardena.

The decision for its screening will be given tomorrow.

The documentary film is directed by Prasanna Vithanage. Former Magistrate Lenin Ratnayake filed a petition against its screening claiming that it is based on false information.