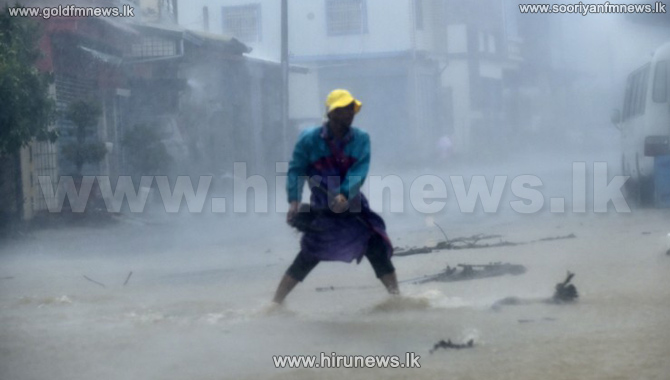 It made landfall shortly after 9am local time (1GMT), bringing winds as strong as 160 kilometres per hour.

More than 520,000 people were evacuated as the storm bore down on the island.

Flights were cancelled and roads were rendered impassable as the storm raged.

Qionghai City reported 258mm of rain in just two days. This is well over half the rainfall expected in the entire month of October.

The storm is now disintegrating over northern Vietnam and southern China, bringing flooding across the region.

As Sarika fizzles out, another typhoon is bearing down on the Philippines. Super Typhoon Haima is a more powerful system which is expected to hit eastern Luzon at approximately 15 GMT on Wednesday.

This second typhoon is then expected to make a second landfall near Hong Kong on Friday.