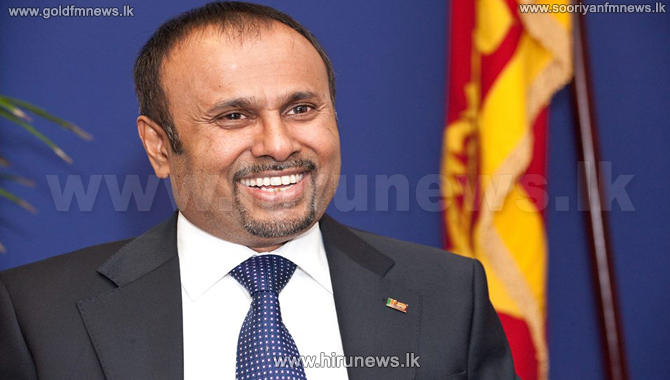 The warrants were issued to apprehend Weeratunga through Interpol following a motion filed by the FCID today.

Udayanga Weeratunga has been accused of financial misappropriation in procurement of MIG aircraft for Sri Lanka Air Force.

He has been charged under the Money Laundering Act.

The Fort Magistrate rejected the FCID’s request to issue arrest warrant on Weeratunga on a previous occasion citing that Weeratunga had not been named as a suspect in the Case.

However, Bribery and Corruption Commission has filed action against Nissanka Senadhipathi for misappropriation of public funds.

Therefore, Bribery Commission officials raised stern objections against permitting Senadhipathi to stay aboard for such a long period of time.

However, the Chief Magistrate ordered to release the passport of Nissanka Senadhipathi on a Rs. 5 million cash bail and three surety bails.