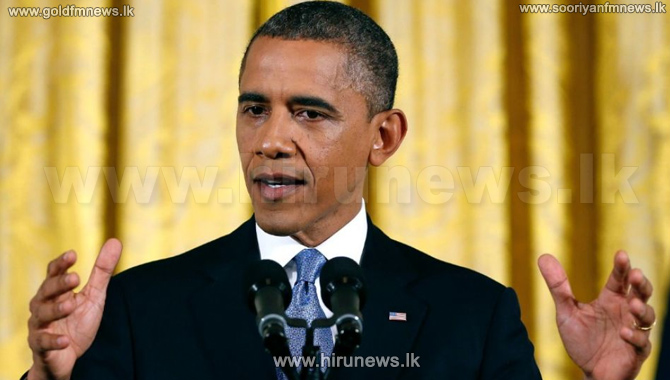 President Barack Obama has said Republican Donald Trump's insistence that he might not accept the election result is "dangerous".

Mr Trump refused in a televised debate to say he would accept the outcome of the election on 8 November.

He later said he would accept a "clear" result but left a challenge open.

Speaking in Ohio on Thursday, Mr Trump said, with a grin: "I would like to promise and pledge to all of my voters and supporters and to all of the people of the United States, that I will totally accept the results of this great and historic presidential election - if I win."

In the same speech, he said he would accept a clear election result but reserved the right to file a legal challenge in the case of a questionable one.