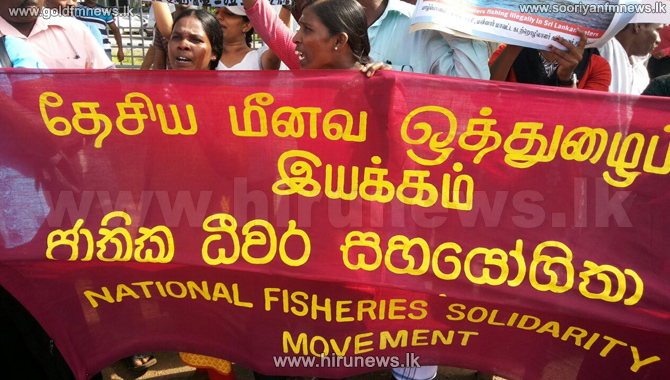 A tense situation erupted during a protest in Kurunyunpitiya on Puttalam- Kalpitiya road this morning.

Police said that the STF had to be called on to contain the situation.

A group of fishermen were protesting against the use of Laila nets.

However a clash developed after the residents of the village objected to the protest being held, complaining that the entry to the village was being blocked.