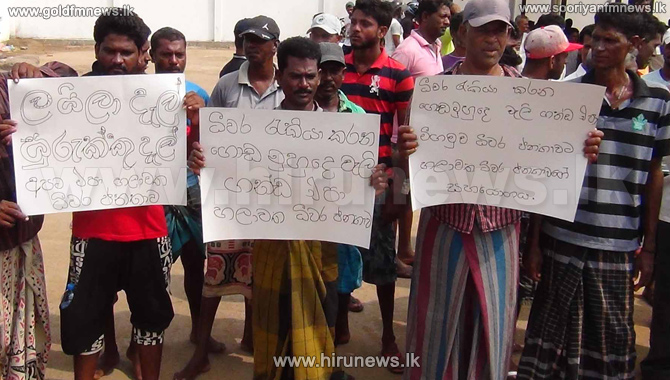 The fishermen from Chilaw and Wennappuwa refrained from venturing into the sea today, in support of the Satyagraha campaign staged by fishermen in Negombo and Kalpitiya.

It was reported that fishermen of Chilaw convened a meeting near the town’s main fish market and later staged a protest on a bridge near the lagoon.