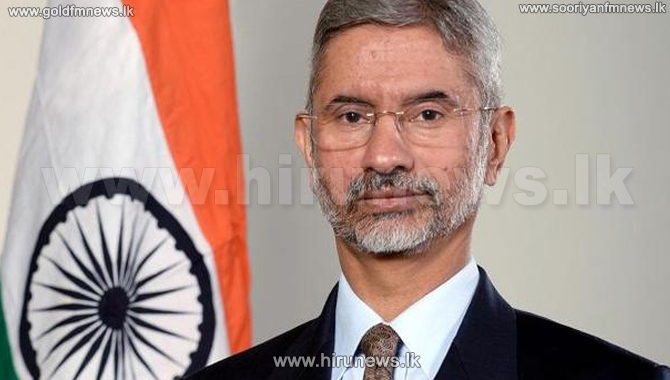 Foreign Secretary of India S. Jaishankar arrived in the island this afternoon.

Foreign Secretary Jaishankar who arrived on a three day official visit, is expected to hold talks with several heads of government.

Indian media previously reported that their foreign secretary will engage in bilateral talks pertaining to several aspects including economic and trade relations, during his visit.

Meanwhile, Sayura and Suranimala vessels of the Sri Lanka Navy will participate in a training program held in India from today until the 28th of this month.

The two vessels left Colombo Port today, and are expected to arrive in Cochin Port tomorrow.

304 Navy officers and troops are participating in the training program.

Releasing a communiqué, the Navy noted that the Sri Lankan troops will be visiting two training schools attached to the Southern Navy Command of India, and they will engage in several practical sessions.

The communiqué further noted that the aim of the visit is to consolidate bilateral relations of the Navy forces between the two countries.