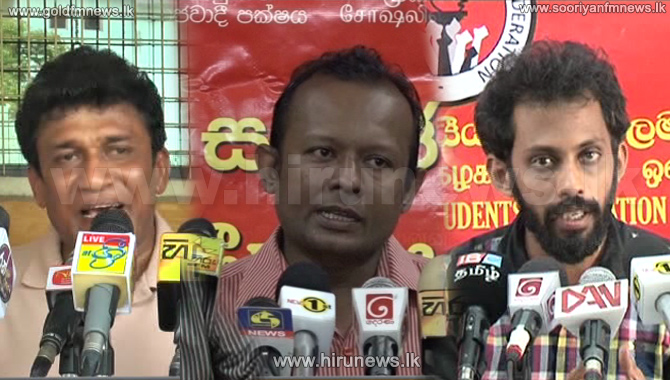 Views were raised by several factions with regard to the death of two Jaffna University students.

Participating in a media briefing held in Colombo, Propoganda Secretary of Frontline Socialist Party Pubudu Jayagoda noted that this is not the first time such an incident had been reported.

Expressing his views, he noted that a similar incident was reported in Gampaha district where a youth was killed in a police shooting.

He also noted that according to the police, the youth was shot due to going against the police orders.

However, he added that post-mortem later revealed that the youth sustained gun shot injuries on his chest, in contrast with the police statement.

Meanwhile, addressing a media briefing convened by the Inter university students federation, its convenor Lahiru Weerasekara noted that deaths during police custody have been reported in the past on several occasions.

He further questioned the state of law and order in the country, when police tend to open fire at ordinary people in the north and the south.