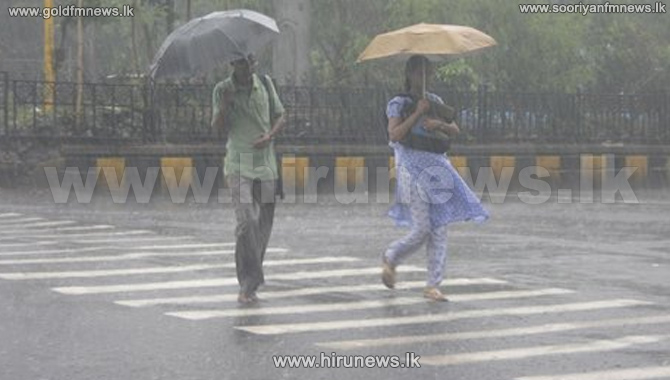 The Met department says that a depression has developed in the Central Bay of Bengal, 1400 km to the northeast of Sri Lanka.

The department also noted that there is no direct effect on the island, however, heavy showers between100 mm to 150 mm can be expected in the Central Hills and the northern province.

In addition, showers or thunder showers can be expected in Western, Central, Sabaragamu, North-western provinces as well as Galle and Matara districts.

The Met department cautioned the public to be vigilant on hazards caused by strong winds and lightning.

Meanwhile, the highest rainfall during the past 24 hours was recorded from Maaliboda area, amounting to 70 mm.