A deep depression in the Bay of Bengal; Heavy rains expected in several regions today 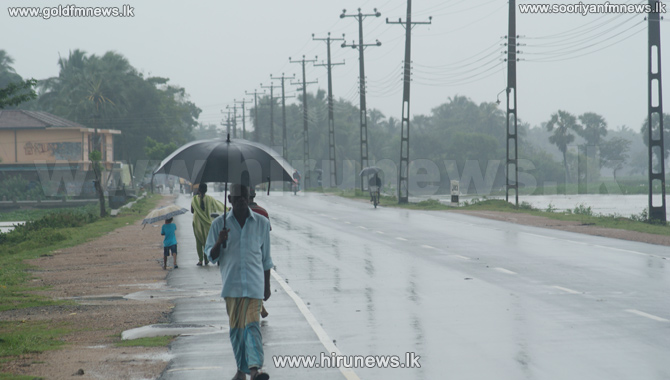 The Department of Meteorology states that the depression in the Central Bay of Bengal has developed in to a deep depression and is located about 1400 km northeast of Sri Lanka.

It has been stated that there is no direct effect on Sri Lanka.

However, heavy showers, with approximately 100 to 150mm rainfall can be expected in the South-western region as well as in the Jaffna district.

Showers or thundershowers will occur at times in the Western, Central, Sabaragamuwa and North-western provinces also in Jaffna, Galle and Matara districts.