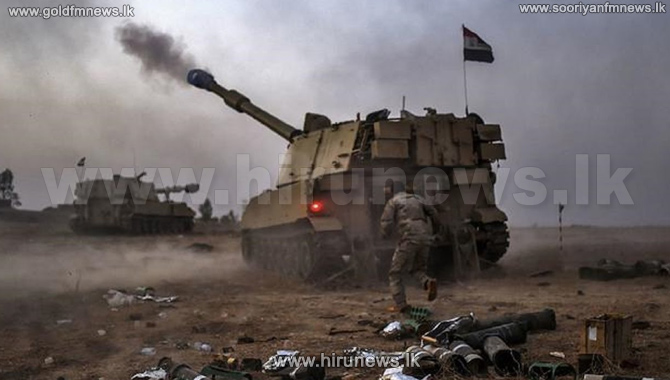 Turkish artillery has joined the Kurdish militia known as the Peshmerga in an advance toward the northern Iraqi city of Mosul which is held by the Islamic State, Turkey’s prime minister said Sunday.

The weapons were being used to shell IS positions in an attempt by the Peshmerga to take control of the town of Bashika, Binali Yildirim said.

The Peshmerga sought help from a Turkish military contingent that had a camp established near Bashika since last year.

“They asked our soldiers at our base near Bashika for help,” Yildirim said. “As a result, we support them with artillery, tanks and Firtina mortars,” Yildirim reportedly said.

Yildirim confirmed this information in a statement published by the semi-public agency Anadolu, to which he reportedly said that “the Peshmerga forces have advanced towards the town of Bashika to clean out the Daesh (an acronym for IS in Arabic).”