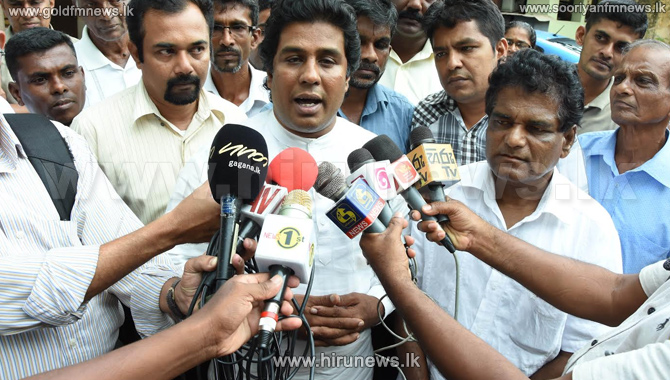 National Organizer of the National Freedom Front MP Jayantha Samaraweera who was arrested and remanded for the misappropriation of state vehicles, was ordered to be released on bail by Fort Magistrate Lanka Jayaratne today.

Accordingly, it was ordered that the suspect be released on a cash bail of 25,000 rupees, and two surety bails.

MP Jayantha Samaraweera was arrested on the 28th of September for the misappropriation of vehicles belonging to the presidential secretariats office during his tenure as the president of the national housing development authority during the previous regime.

Meanwhile, Sarath Weeransa, the brother of the leader of the National Freedom Front Wimal Weerawansa, who is also in remand custody on allegations of misusing state vehicles and committing fraud of 10 million rupees was further remanded until the 7th of November.

Sarath was arrested on the 1st of September when he was summoned before the FCID in order to record a statement regarding the incident.