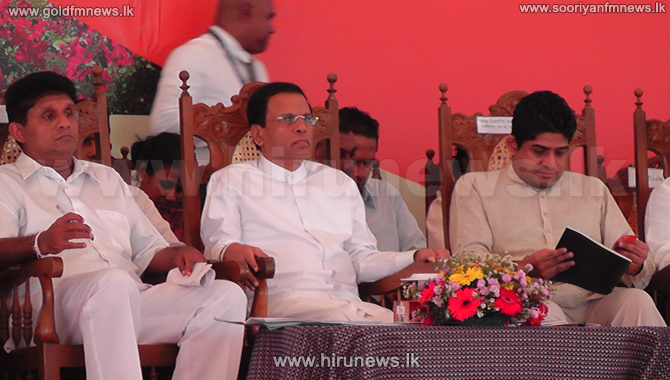 President Maithripala Sirisena says that Provincial Councils should give priority to development when they spend government budgetary allocations.

He also said that a Circular will be issued from next year directing provincial councils to identify development priorities in the area and allocate funds accordingly.

President Maithripala Sirisena stated this while addressing the inauguration ceremony of the Technical Laboratory of Ananda Balika Vidyalaya in Hingurakgoda today.

In addition, President Sirisena also participated in the opening of a housing project named after late Ven. Dimbulagala Siri Seelalankara Thera in Polonnaruwa.