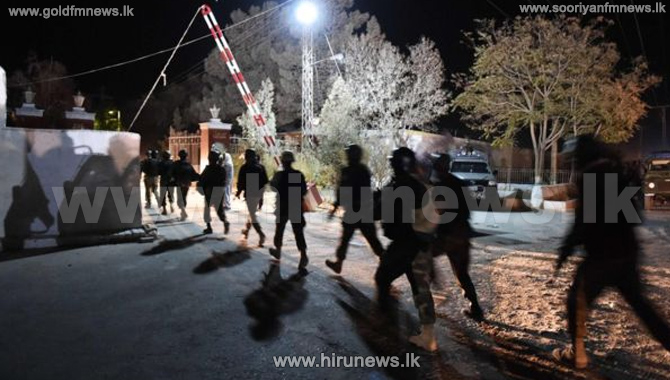 A team of up to six gunmen killed at least 58 people using firearms and suicide bombs at a hostel housing hundreds of police cadets in the Pakistani city of Quetta.

Terrorists from a Pakistani Taliban-linked group burst into the sprawling academy, targeting sleeping quarters that are home to some 700 recruits, sending terrified young men fleeing, said authorities and witnesses.

“I saw three men in camouflage whose faces were hidden carrying Kalashnikovs,” one cadet told reporters. “They started firing and entered the dormitory but I managed to escape over a wall.”

Reports quoting government officials said at least 58 people including cadets had been killed and more than 100 people wounded in the attack on Monday night.

At least 20 people have been killed after armed militants attacked a police training college in Pakistan's western city of Quetta, officials say.

A major security operation lasted for hours after the attackers entered the building and opened fire.

The officials believe at least five militants stormed the college, with four of them reportedly killed.