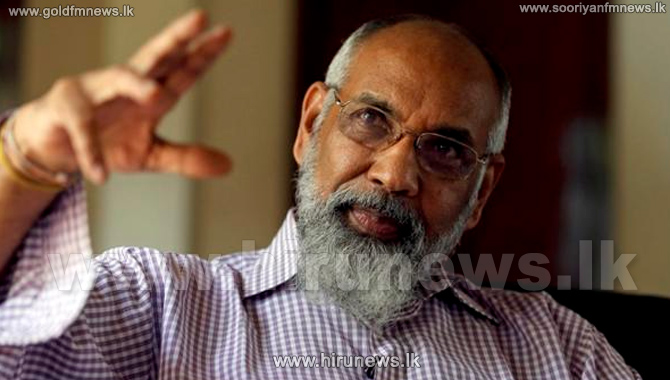 Chief Minister of Northern Province, C.V. Vigneswaran, refused to hoist the LTTE’ flag at a function organized by the pro-LTTE organization Tamil Coordination Committee at Harrow in London on Sunday.

When the Chief Minister came to know that during TCC meetings the Tiger flag is invariably hoisted, he said he would not be able to speak at such a function as that would lead to problems in Sri Lanka.

The organizers then cancelled the flag hoisting ceremony and the Chief Minister attended the function and delivered an address.

In the 30 minute speech, Vigneswaran stressed the need for the Tamils to unite by shedding political differences.

He appealed to the Tamils to shed arrogance and the practice of opposing anything that is suggested as an alternative to one’s way of thinking.