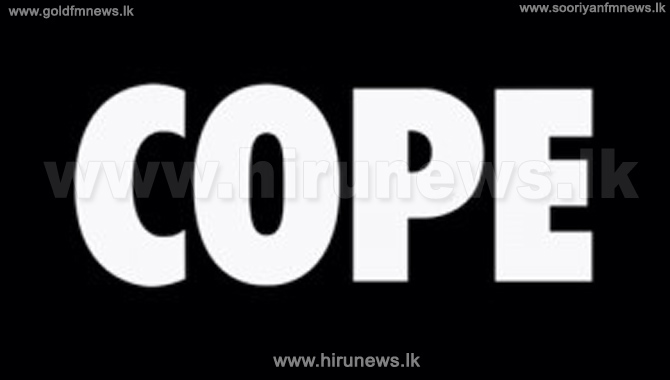 COPE Chairman MP Sunil Handunnetti says that the report prepared by COPE with regard to Central Bank Bond Issue will be presented to parliament within this week.

He also said that the recommendations made yesterday by UNP COPE members are an attempt to defend former Central Bank Governor Arjuna Mahendran.

UNP recommended yesterday that of the controversial primary dealer Perpetual Treasuries director board and its chairman should be arrested and be dealt with under the Penal Code.

They made this recommendation after COPE Chairman Sunil Handunnetti walked out on whilst the meeting was still in session.

It is reported that two COPE reports, with regard to the Central Bank Bond Issue, will be presented to parliament.

However, COPE chairman Sunil Handunnetti told our news team that the truth will be revealed when the COPE report and the other report made by UNP team are presented to parliament.

He said the final report will be prepared during that meeting chaired by MP Sunil Handunnetti.

Meanwhile, State Finance Minister Lakshman Yapa Abeywardana said at a media conference held in Colombo today, that parliament will welcome only the COPE report presented by its chairman.