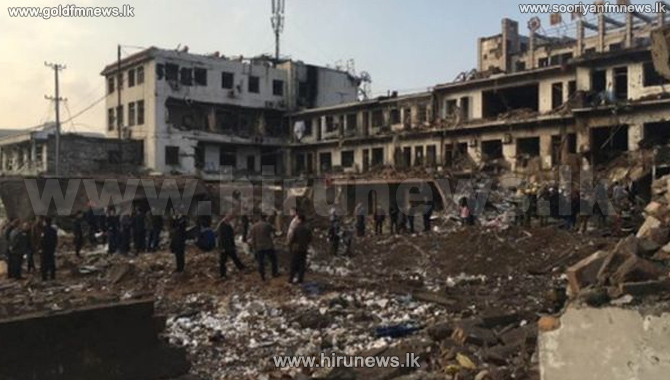 At least 14 people were killed and 147 injured when a powerful explosion destroyed a prefabricated house and damaged nearby buildings in China on Monday.

An initial police investigation indicated that the blast was caused by illegally stored explosives, Xinhua said, adding that authorities had detained the owner of the building and were searching for the tenant. The makeshift house had been built inside a residential compound.

The township's hospital was among the buildings destroyed or damaged by the blast, reporters at the scene confirmed. Dozens of firefighters and rescuers combed the rubble for more survivors.