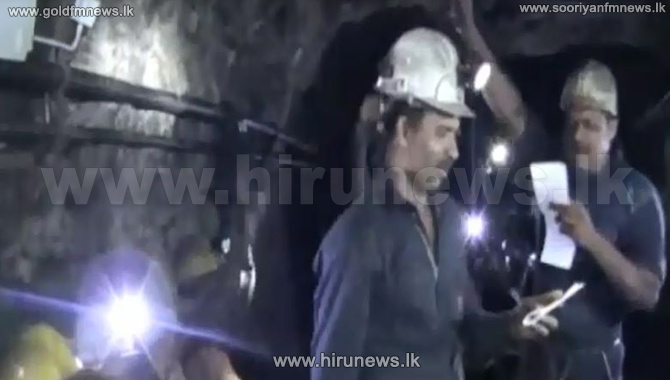 The fast unto death protest launched 1832ft below by 108 miners at the Kahatagaha Graphite Mine in Dodangaslanda in Kurunegala continues for the second day.

Kahatagaha miners launched a strike on 19th this month charging that the Government was poised to privatise the mine.

The employees launched a fast last morning since no proper solution had been received from the authorities.

Independent Employees’ Union Deputy Secretary Nimal Weerasuriya said that if no action was taken within today for giving them an opportunity for a discussion they would launch fast-unto-death inside a mine 2000 feet deep.