Trump: Obama has to be ‘investigated’ over Hillary Clinton’s email server 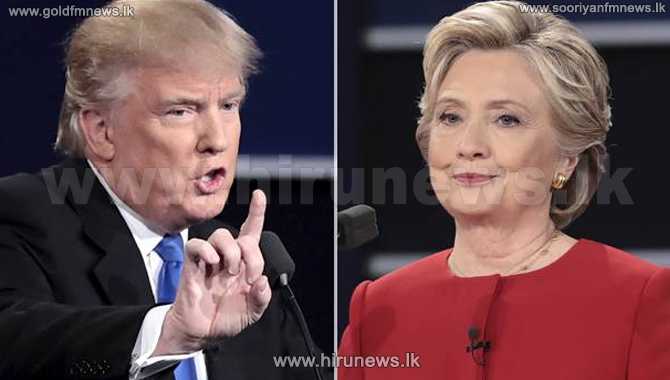 In retrospect, it was perhaps inevitable that Donald Trump would eventually call for a criminal investigation of President Obama.

After all, Trump has kept ramping up his posturing against Hillary Clinton, the Democratic presidential nominee, as she has continued to hold a strong lead in the upcoming election.

Chants of “lock her up” were once sporadic at his rallies; now they're as common as “build the wall.” In a remarkable and disconcerting move, Trump directly called for Clinton to be investigated, eventhreatening at the second presidential debate that Clinton would “be in jail” if he had control over the country's legal system.

The rationale for imprisoning Clinton is rooted far less in fact than feeling. Trump sees Clinton's use of a private email server during her tenure as secretary of state as inherently illegal and the role of the government in investigating the server as hopelessly corrupted.

On Tuesday, two weeks before voters cast their final votes in the race, Trumptold reporters from Reuters that new revelations from WikiLeaks necessitated a separate investigation of the president.

The WikiLeaks email to which Trump was referring was a March 2015 exchange forwarded to Clinton attorney Cheryl Mills from Nick Merrill, who now acts as Clinton's press secretary.

Several Clinton aides were discussing how Obama had told the news media that he learned about Clinton's private server from news reports. Mills responds, “we need to clean this up — he has emails from her — they do not say state.gov.” In other words, Obama had emails from Clinton's private server — suggesting that he should have known or did know about her server before the public.