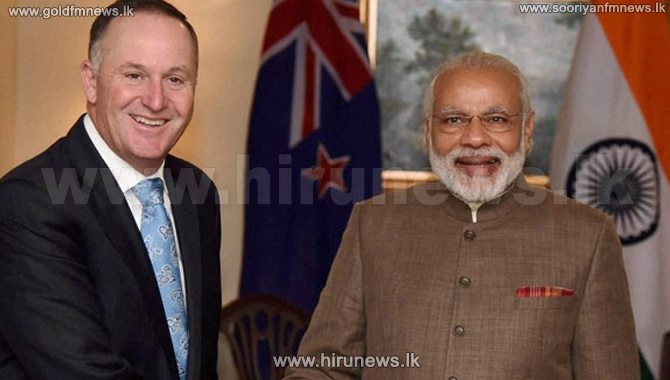 India is to take up the issue of New Zealand’s support for New Delhi’s candidature for the elite Nuclear Suppliers’ Group (NSG) during talks between Prime Minister Narendra Modi and visiting New Zealand premier John Key on Wednesday—ahead of a meeting of the NSG member-countries next month.

Key, who arrived in India late on Tuesday on a two-day visit, is expected to push for the speedy conclusion of a free trade agreement (FTA) with India, according to news reports from New Zealand.

This is Key’s second visit to India in five years, having last come in 2011.

New Zealand, Ireland and Austria were among a dozen or so “hold out” countries in NSG that seemed to favour China’s position of fixing definite criteria for the admission of countries that haven’t signed up to the nuclear Non-Proliferation Treaty (NPT), holding up India’s membership at an NSG meeting in Seoul in June.

“We will tell New Zealand (prime minister John Key) why membership of Nuclear Suppliers’ Group is important for India,” foreign ministry spokesman Vikas Swarup said last week. He said India’s entry to the group was tied to its need for clean energy and climate change commitments.