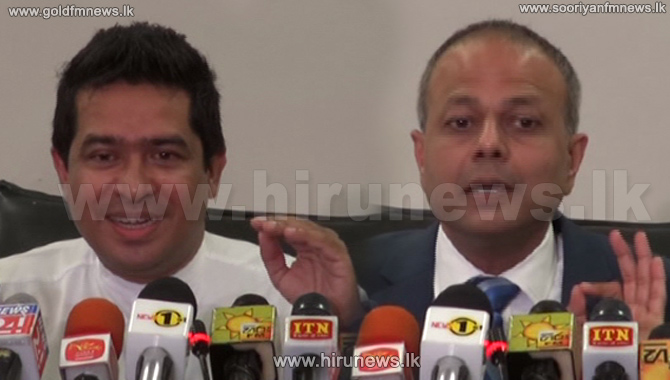 Northern Provincial Council Chief Minister C.V. Wigneswaran urged the residents in the province not to engage in hostility following the deaths of two students of Jaffna University.

In a statement, Wigneswaran pointed out that consequences will befall on those who unleash such violence.

He also mentioned that the reaction of police is also disputed though they can use minimum power to control such situations.

He stated in his communiqué that he is not in a position to come to any conclusion with regard to the incident until a verdict is announced by Courts.

Meanwhile, Law and Order Minister Sagala Rathnayake stated during the media conference to inform Cabinet decisions today that a full investigation has been initiated with regard to the incident.

At that juncture, journalists enquired the minister about an elusive “Ava group” being active in the Northern Province.

However, our correspondent said that Minister Rathnayake walked out from the media briefing without responding to the questions raised by reporters.

During the same media briefing, reporters aimed a barrage of questions at COPE committee member Minister Sujeewa Senasinghe with regard to the issues cropped up concerning the COPE committee report on Treasury Bonds issue.

However, Minister Ratnayake requested the reporters to refrain from questioning further and left the media briefing.

Meanwhile, officers of the Government analyst’s Department and the CID inspected the site where the two students of Jaffna University met with the accident.

Our correspondent stated that the five policemen who are currently in remand in connection with the incident were also brought to the scene.

Investigators were able to find a T56 empty bullet from the surroundings of the accident.

At the same time, the police officer who injured during a tense situation in Kilinochchi has been transferred from Kilinochchi Hospital to Anuradhapura Hospital.

The policeman received injuries when he attempted to disperse a mob that was blocking roads in Killinochchi town.