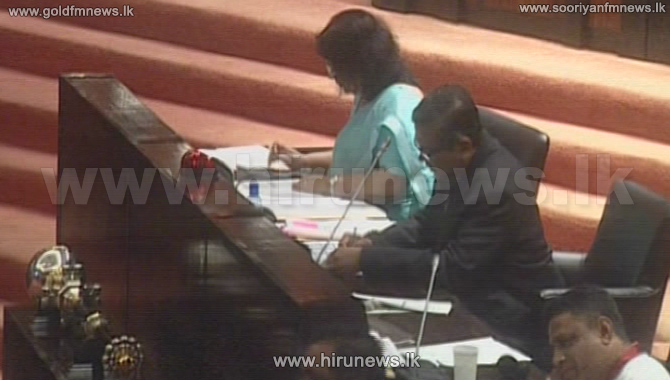 The VAT Amendment Bill was passed by the Parliament last afternoon by a majority vote.

At the second reading 112 voted for and 46 against the Bill.

JVP MP Wimal Ratnayake recommended that a voting for the third reading was necessary, and was carried out accordingly.

Accordingly the Bill was passed at the third reading by a majority of 53 votes.

During the second reading 65 MPs were absent.

While the Joint Opposition and the JVP voted against the Bill, TNA MPs including Opposition Leader R. Sambandan were also absent.