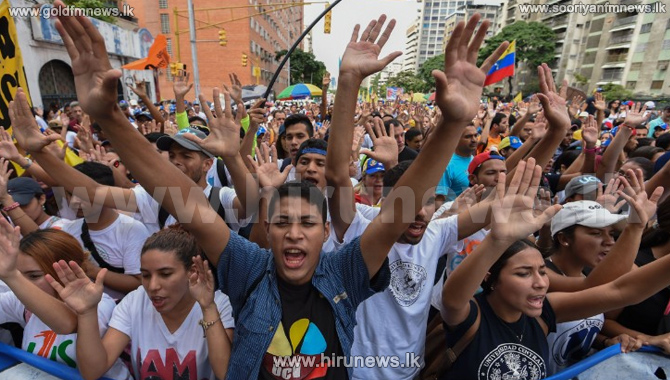 More than 20 people have been injured and 39 detained during anti-government protests in Venezuela.

Images circulated on social media of injured people on the ground. There are reports at least three were shot.

Hundreds of thousands of people took to the streets to protest against President Nicolas Maduro's government.

It came after a recall referendum process - an attempt to remove Maduro from power- was suspended.