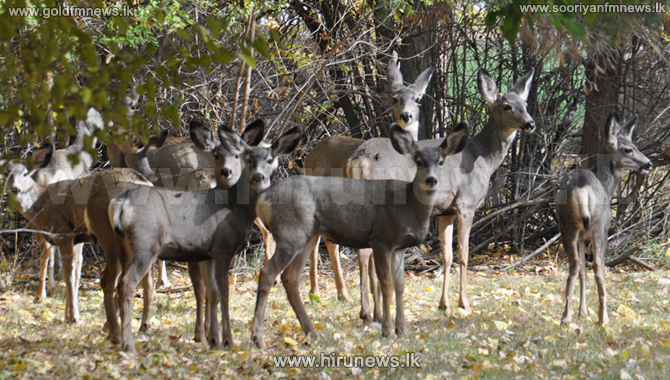 Around the world, more than two-thirds of wildlife populations could be in decline by the year 2020 because of human activity on the planet, says a new report from the World Wildlife Fund (WWF) and the Zoological Society of London, a conservation charity.

The Living Planet Report, which the WWF puts out every two years, says that populations of vertebrates (including mammals, birds, fish, amphibians and reptiles) dropped by 58 percent between 1970 and 2012. Of course, quantifying biodiversity loss around the planet is no easy task, and there are long-raging debates about how much species loss spells disaster. The picture will get even worse if we don’t take steps now, the WWF says.

“Within one generation, we’ve seen drastic declines in global wildlife populations,” James Snider, vice-president of science, research and innovation at WWF-Canada, told me. “One of the more troubling facts is that it seems, based on reporting [every two years], that the decline is worsening.” The 2014 report showed a 52 percent declineover the same period, he noted. “Based on that, we expect that by 2020, If no significant action is taken, it could be as much as two-thirds of populations that have declined since the 1970s.”