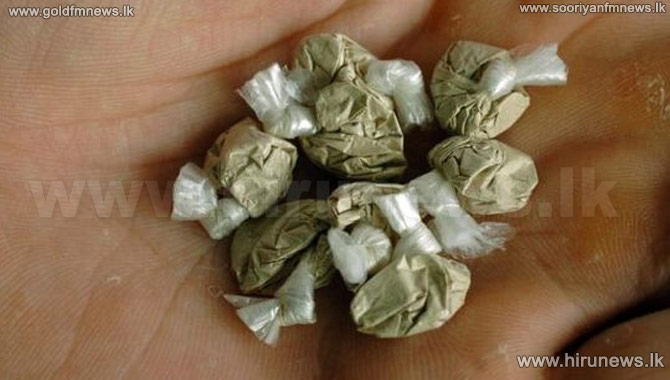 The Navy arrested three Indian fishermen near the Arippu marine border at Silawatura off Mannar while they were transporting 2 kilograms of heroin into the country.

The suspects have engaged in narcotic smuggling in the guise of fishing.

A Navy spokesman said that the boat used by the suspects to transport heroin has also been seized and it will be handed over Colombo Narcotic Bureau for further investigations.

It is reported that the face value of the seized heroin is nearly 20 million rupees.

At the same time, Sri Lanka Navy stated in a communiqué that there are suspicions that there was a connection between these heroin dealers and the recent assault on three navy personnel at Arippu area on October 18th.

Residents of Arippu had assaulted two naval intelligence officers and a seaman charging them for theft.

Navy also suspects whether the assault on the naval officers is a part of a conspiracy to stop naval patrol in the area to continue their narcotic smuggling scot-free.