Operations launched in search of Motor cycle gangs in Jaffna 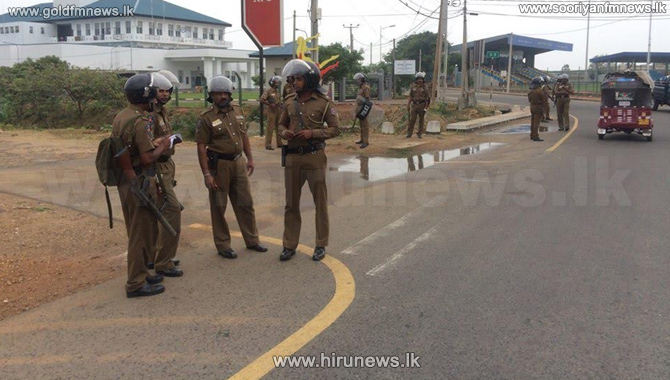 Three police teams have been deployed in the Northern Province in search of the alleged motorcycle gangster group “AAVA”.

Police said that AAVA is an active group in Chunnakam, Kopay and Manipay.

Meanwhile, all DIGs, Divisional Senior SSPs, HQIs and OICs serving in the Northern Province have had preapproved requests for leave cancelled.

In the meantime, in connection with the incident, in Kilinochchi, where a policeman was attacked with a bottle last Tuesday, the suspect who was arrested has been remanded until October 31st.

The suspect was produced before Kilinochchi Magistrate Ananda Rasa.