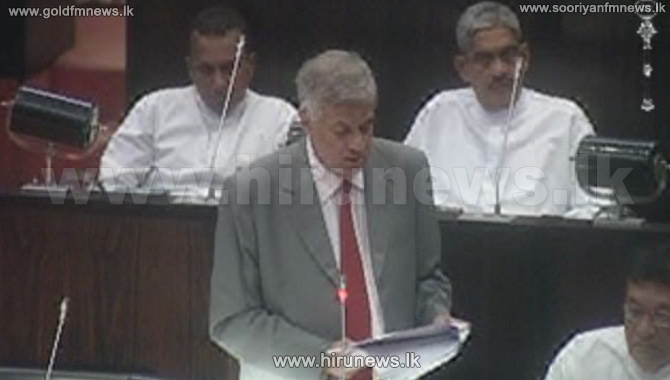 Prime Minister Ranil Wickremesinghe says that the government has been able to reduce the country’s debt burden by one billion US dollars as it allowed China to invest in the country in lieu of its huge lending.

The Premier stated this in parliament today while making a special statement on the country’s future economic vision.