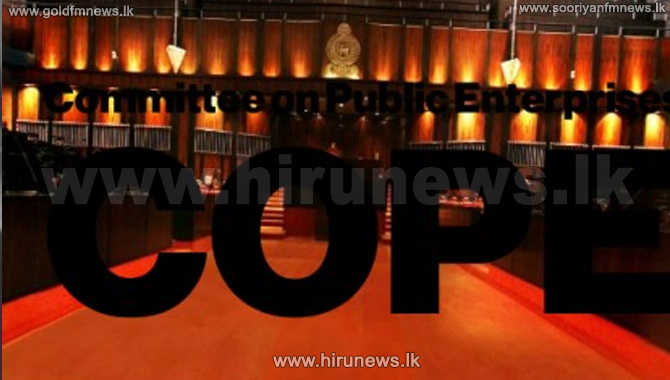 COPE held a special meeting to discuss about the issue in parliament last Wednesday.

While the meeting that began at 2.30 p.m. it went on till late evening that day, and  it was decided at the meeting to table the report today.

Deputy Minister Ajith P. Perera said that the decision had the consensus of the whole COPE membership.

Meanwhile MP Ranjith de Soyza representing the joint opposition revealed to parliament that while the COPE report is scheduled to be presented in parliament, former Central Bank Governor Arjun Mahendran who has an involvement in the Bonds issue, has left the island.