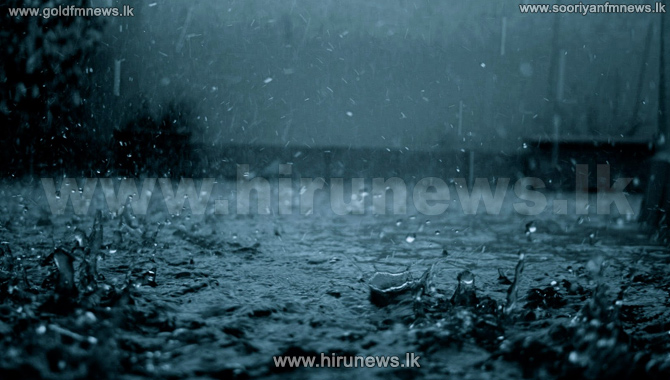 Showery condition over the island is expected to enhance after 29th of October 2016, Department of Meteorology says.

The Cyclonic storm ‘KYANT’ in the Central Bay of Bengal has weaken in to deep depression and now located about 700 km to the northeast of Sri Lanka. It is likely to weaken furthermore. There is no direct effect on Sri Lanka.

Except in Northern and North-central Provinces showers or thundershowers will occur at several places in the island after 2.00 p.m.

Showers may occur in Western province and in the Galle, Matara and Puttalam districts in the morning too.