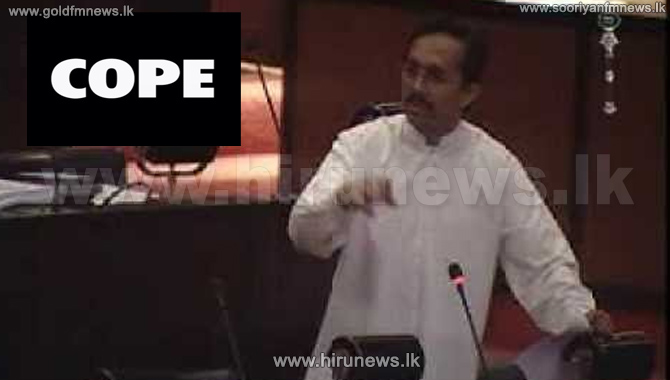 Presenting the report, COPE Chairman MP Sunil Handunnetti said that COPE has made 15 recommendations over the bond issue in the 55 page report.

In addition, the entire report includes 2000 pages with interim reports and annexes.

MP Handunnetti told parliament that it is very clear that a financial fraud has been committed.

Accordingly, the COPE committee has recommended recovering the incurred losses from Perpetual Treasuries Limited and other responsible persons.

In addition, the COPE recommended taking legal actions with regard to the committed fraud

MP Handunnetti also expressed his views about the internal challenges he had to face whilst preparing the report.