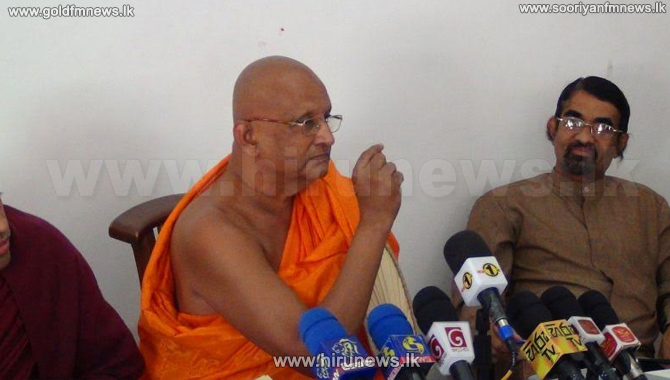 The Chief incumbent monk of Sri Paada Ven. Bengamuwe Dhammadinna Thera says that no tourist hotel or holiday reserve is under construction in the Sri Paada sacred area.

The Thera revealed this during a media conference held to announce the forthcoming annual pilgrimage period at the Nallatanniya Grama Seva Office today.

Meanwhile, Ambagamuwa Pradeshiya Sabha Secretary S. Saravanan said that permission was given to build a hotel in Peak Field estate.

Speaking to our news team Saravanan said that the hotel management has received approval from the National Building Research Organization.

Murray Falls which flows to the Kelani River is also located in the upper catchment of Maussakele reservoir.

The proposed hotel is planned to be build near this environmentally sensitive catchment of Maussakele Reservoir.

However, environmentalists point out that permission should be given to such a huge construction project only after obtaining an Environmental Impact Assessment report.

Environmentalist and Attorney-at-law Jagath Gunawardana said that this area has been declared a Soil Conservation Zone and EIA report is mandatory to go ahead with such project.