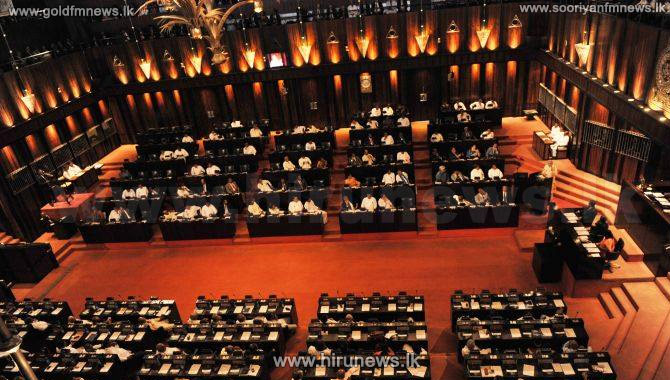 The COPE Committee has determined that former Governor of Central Bank Arjuna Mahendran is directly responsible for the Treasury Bond issue.

Chairman of the committee MP Sunil Handunetti stated this while presenting the COPE committee report over the Central Bank Treasury Bonds issue.

He further noted that legal measures should be taken to recover the loss incurred following the Treasury Bond deal.

The COPE committee report which was tabled in parliament today, probed the financial irregularities occurred during the issuance of Treasury Bonds, from February 2015 to May 2016.

Out of the 26 members of the COPE committee, only 16 members have given their consent without footnotes.

These members include MPs representing the UPFA, TNA and SLMC who support the ruling party.

Nine UNP Committee members have also given their approval to the report with foot-notes.

UNP Committee member Ranjan Ramanayake was absent at the time the final decision was taken.

Accordingly, COPE chairman MP Sunil Handunnetti said that all other committee members agreed to the recommendations of the report.