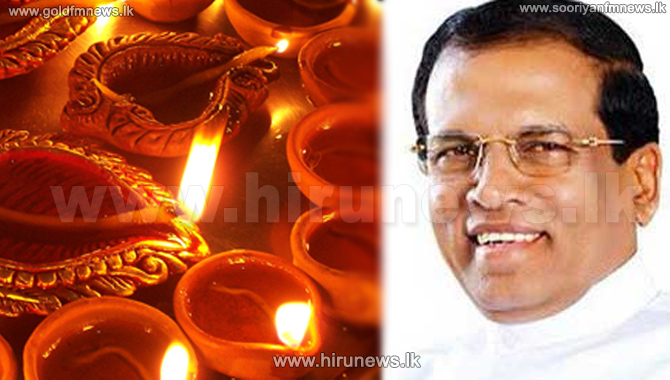 President Maithripala Sirisena stated that the hope for this years Deepawali festival should be to make a determination to promote harmony and reconciliation.

The President expressed these views in a message issued in view of the Deepawali festival which falls today.

President Sirisena also stated that after decades of darkness today is a day which could be considered as a great opportunity to proceed towards a brighter future.

The President also stated that it important to act with understanding thus building strong bonds with one another.

Meanwhile, Prime Minister Ranil Wickremesinghe issuing a message in view of the Deepawali festival stated that although to divide was easy, to unite was hard and hence everyone should take up that challenge.

The National Deepawali festival was held at the Temple Trees yesterday under the patronage of the President and Prime Minister.