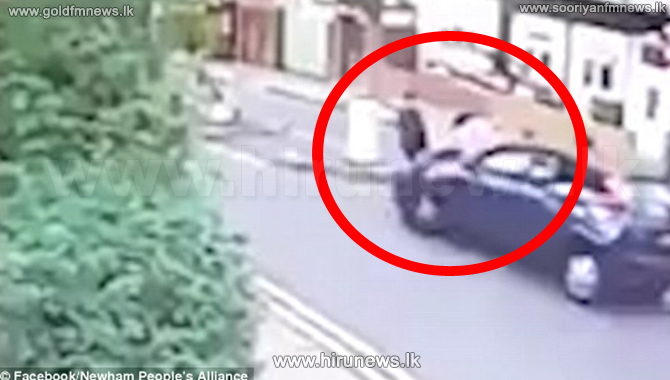 Police are hunting for a driver who ran away after sending a ‘grandmother and two grandchildren’ flying in a brutal hit-and-run car crash.

Gran Khalida Hussain, 57, who had been with four of her grandchildren, broke legs and ribs and was treated for head injuries.

An 11-year-old boy suffered a broken nose while his twin sister sustained back injuries.

Watch the video of the accident below..