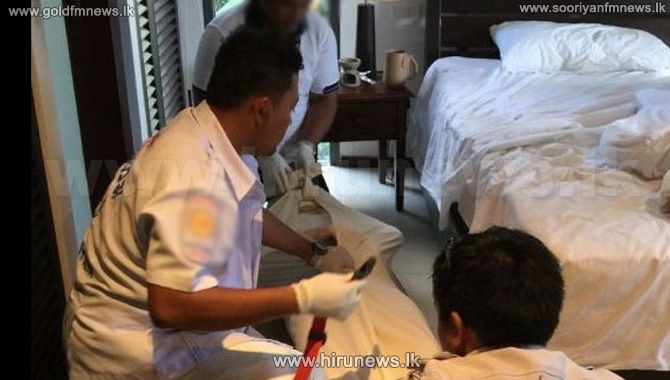 A 54-year-old hotel owner of Urapola in Nittambuwa was strangled to death inside his hotel last night.

Police discovered the body of the victim, early this morning.

Two suspects have already been arrested in connection with the murder.

Initial investigations revealed that the suspects had checked into the hotel as guests.

The motive behind the crime has not yet been revealed, but police believe it to be theft.

Twenty persons including hotel workers have been questioned in connection with the murder.