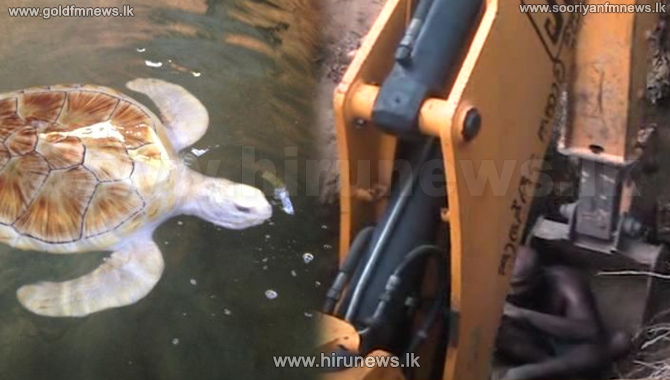 Colombo Crimes Division commenced an excavation in a land in Dikwella where it was believed that the rare Albino Turtle, which disappeared from Kosgoda Turtle Sanctuary in 2013, was buried.

It is reported that the CCD found several remains that is suspected to be of the turtle.

A suspect was also arrested in connection to the new finding.