4 killed, 15 wounded as truck rams into Israeli soldiers in Jerusalem 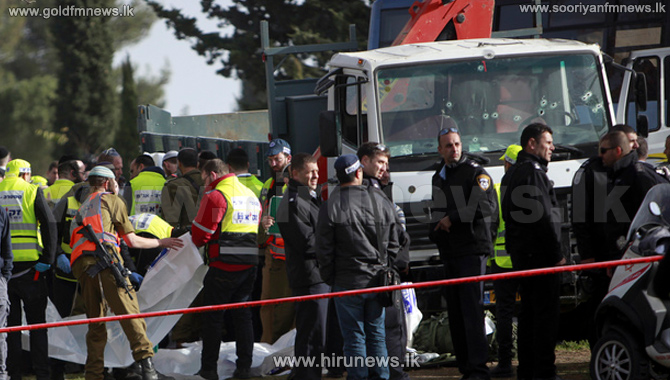 A Palestinian who may be linked to ISIS rammed his speeding truck into a group of Israeli soldiers in Jerusalem Sunday, killing four people and wounding 15 others before being shot dead in one of the deadliest attacks in a year-long campaign of violence, Israeli police said.

Five people were arrested Sunday -- including the assailant's father and brother -- in connection with the attack.

Watch the video below..