Joint Opposition questions whether the executive presidency is abolished 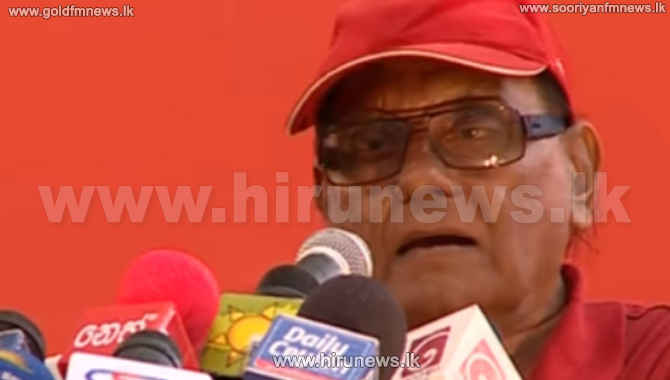 The Joint Opposition asked the government to clarify its stance regarding if the Executive Presidency has been abolished.

The General Secretary of Samajavadi Janatha Peramuna, a coalition of the Joint Opposition, stated that the government has made an election pledge to the people to do so.

Party Secretary Raja Collure made the inquiry during a media conference held in Colombo this morning.