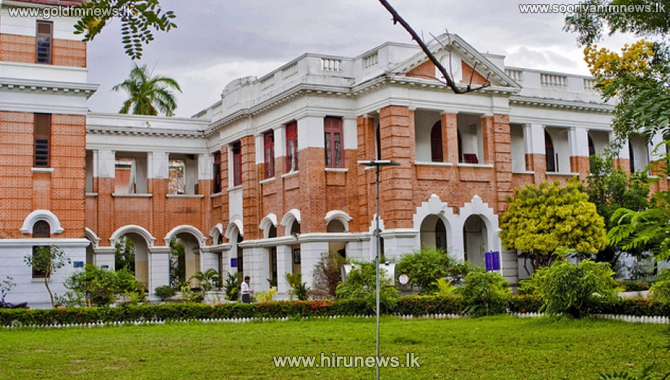 The Ministry of Education has launched a special investigation into the admission of grade one students into popular schools in Colombo and a few other areas.

The Ministry noted that accordingly, Royal College’s grade one admissions have been temporarily halted.

A special investigation has commenced into the matter.

It has been reported that various complaints have been received by the Minister of Education, Akila Viraj Kariyawasam regarding discrepancies that take place during the admission of students to grade one.

Examining these complaints, a special investigation has commenced into the matter.

Teams have been deployed to schools island wide, to investigate the manner in which students receive admission to grade one.

Meanwhile the Commission to Investigate Allegations of Bribery or Corruption arrested the principal of the Ahangama Sariputhra Vidyalaya yesterday for accepting a bribe of 20,000 rupees to have a student admitted to grade one.

The principal had informed the parents of the child to pay the expected sum of money to be paid to a shop and the receipt be handed over as proof of payment.

It has been report that the principal was arrested in this instance.