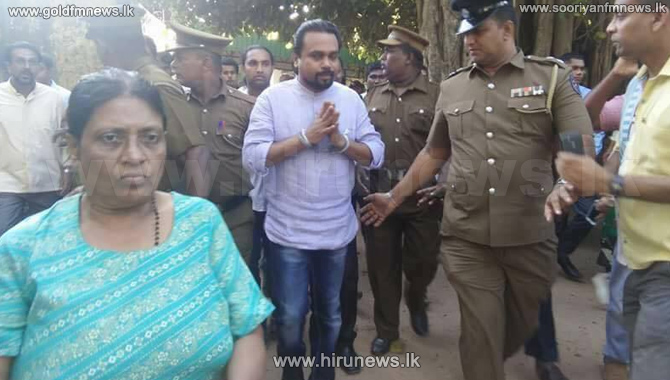 NFF leader Wimal Weerawansa was remanded until January 24th when he was produced before Colombo Fort Magistrate Lanka Jayarathna today.

The FCID arrested Weerawansa when he reported to police to record a statement this morning with regard to his malicious use of government vehicles, breach of trust, cheating government funds and aiding and abetting to such effect during the previous regime.

Several Joint Opposition members were present at the FCID when Weerawansa arrived to give a statement. Before he entered the FCID, MP Weerawansa made this statement to the media.

Party members behaved in unruly manner when police were taking the arrested MP to produce before Courts.