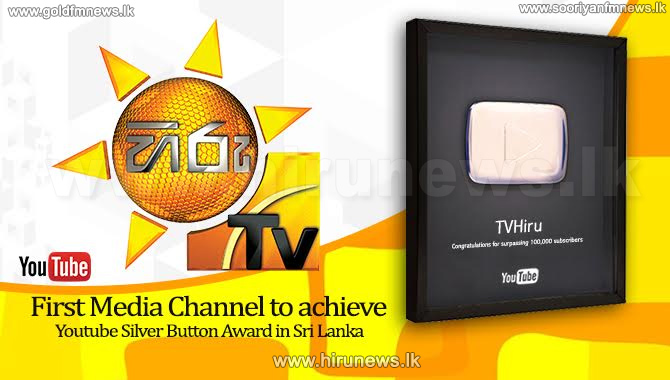 Hiru TV, the Channel which constantly offers its viewers a galore of novel experiences has been presented with the internationally recognized YouTube Silver Play Button award.

The world’s top video exchanger, YouTube has selected Hiru TV for the award this time for its capacity to capture the highest number of viewers.

Hiru TV, made history in the television industry of Sri Lanka by becoming the first television Channel to grab an award of this kind.

Hiru TV constantly broadcasts a series of novel programs to its viewers through YouTube.