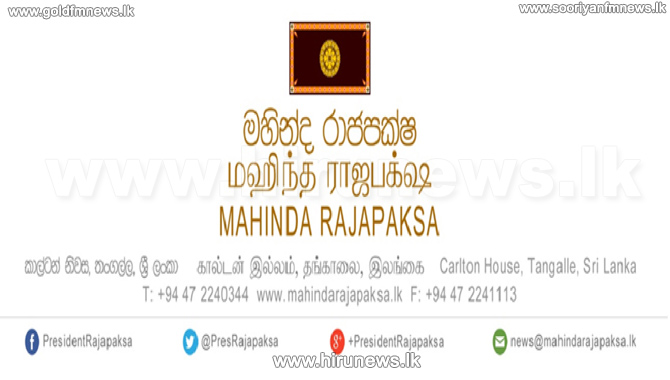 Former President Mahinda Rajapaksa says the issues of Hambantota Port and proposed industrial zone cannot be solved by unleashing baton charges on protesters and putting them in remand cells.

In a communique issued today, former president Rajapaksa says that there are issues on the impact that could cause the country including advantages and disadvantages, administration of the port, sovereignty of the country and environmental shocks to be caused by the proposed build up.

He said that certain clauses of the proposed agreement such as leasing 15 thousand acres to a private company for 99 years cannot be justified for whatever reason.

It is reported that Hambantota incident was centered in the discussion between former President and the Chinese ambassador.