Release of water of the Moragahakanda Reservoir scheduled for today 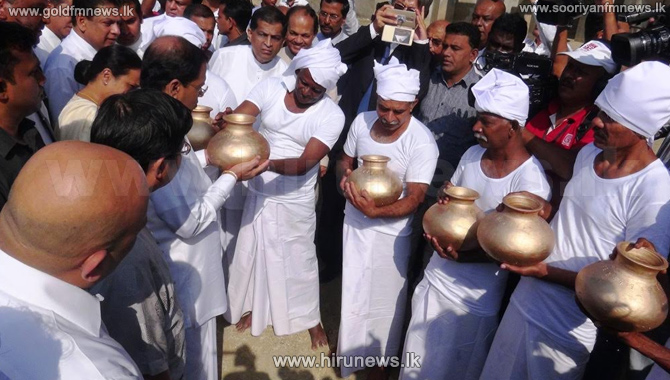 The opening of the Moragahakanda Reservoir built under Sri Lanka's largest multi-functional Irrigation Project is scheduled to take place today under the patronage of President Maithripala Sirisena.

Moragahakanda Reservoir was built under the Moragahakanda-Kalu Ganga Irrigation Development Project. It spans over 29.5 square kilometers.

The constructions of the dams of the Reservoir have entered the final phase.

The project, currently undergoing construction, was inaugurated in January 2007, when President Sirisena held the office of the minister of Irrigation and Mahaweli Development.