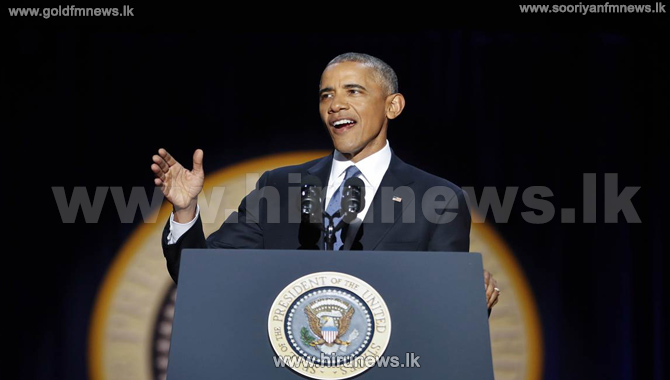 US President Barack Obama said goodbye to the nation declaring during his farewell address that he had not abandoned his vision of progressive change.

He added that change only happens when ordinary people get involved, get engaged, and come together to demand it.

Obama sought to corral his crowd, listing the accomplishments of the last 8 years ranging from health care to marriage equality.

He recognized his successor Donald Trump, saying he was committed to a peaceful transition of power.


Watch his full speech below..