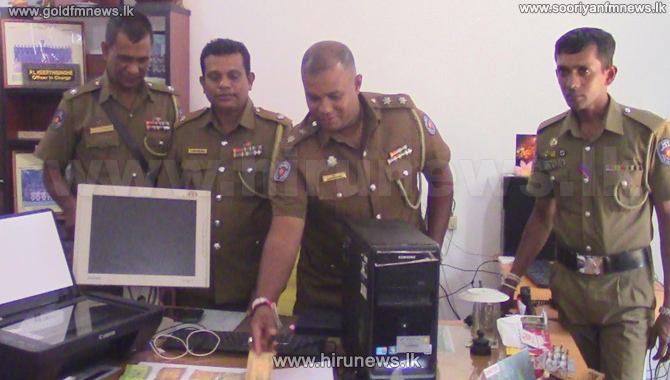 A fake currency printing center was raided by the police in Kananke area, Weligama.

Police has arrested two suspects in connection to the incident.

A shop owner has tipped the police off when the suspects bought goods at his shop using a counterfeit Rs. 5000 note. This has prompted the police to arrest them.

Upon questioning police has found the center where the notes were printed.