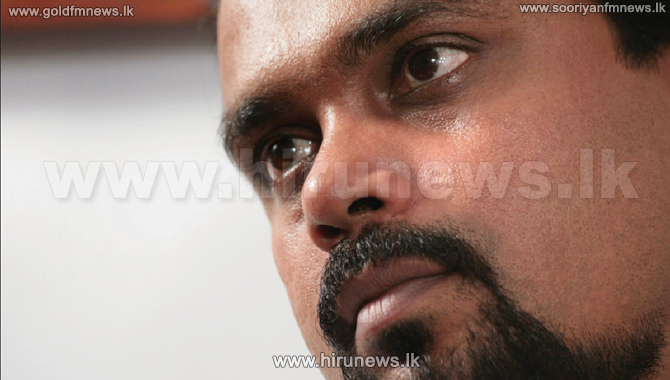 Leader of the National Freedom Front, Parliamentarian Wimal Weerawansa who is currently in remand custody, observed sil today at the shrine at Colombo Magazine Prison.

Parliamentarian Wimal Weerawansa was remanded yesterday until the 24th of this month for allegedly misusing government vehicles.

Meanwhile, convening a press briefing in Colombo today the National Freedom Front stated that the government has launched its initiative to suppress parliamentarians representing national forces.