Elephant runs on a rampage in Matara Perahera 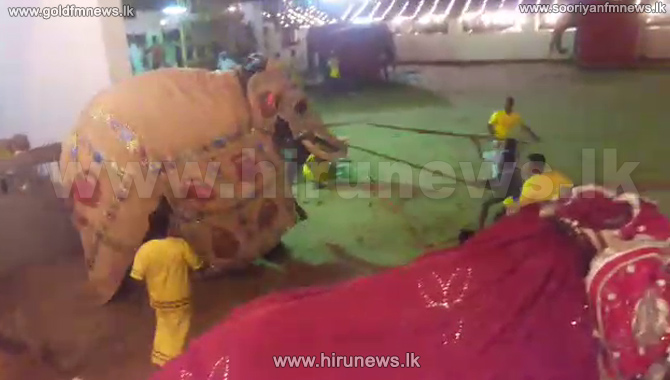 An elephant that was participating in the annual Duruthu Perahera in Gandara Wijeyaratnarama Viharaya in Matara has gone on a rampage last night.

The incident has caused panic among the spectators.

However, several mahouts, wildlife officials and police has given anesthesia to the elephant and controlled the situation.

Few people were also injured when the group panicked.

It is believed that the elephant was provoked by flashing lights.