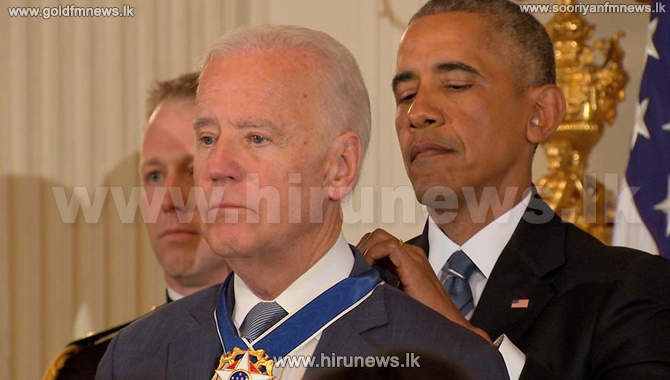 President Barack Obama has awarded an emotional and surprised Joe Biden the Presidential Medal of Freedom, the highest US civilian honour.

Obama praised his vice-president for his "faith in your fellow Americans, for your love of country and your lifetime of service".

The award comes as both men prepare to leave office when Donald Trump is inaugurated on 20 January.

Biden has said he plans to stay active in Democratic Party politics.